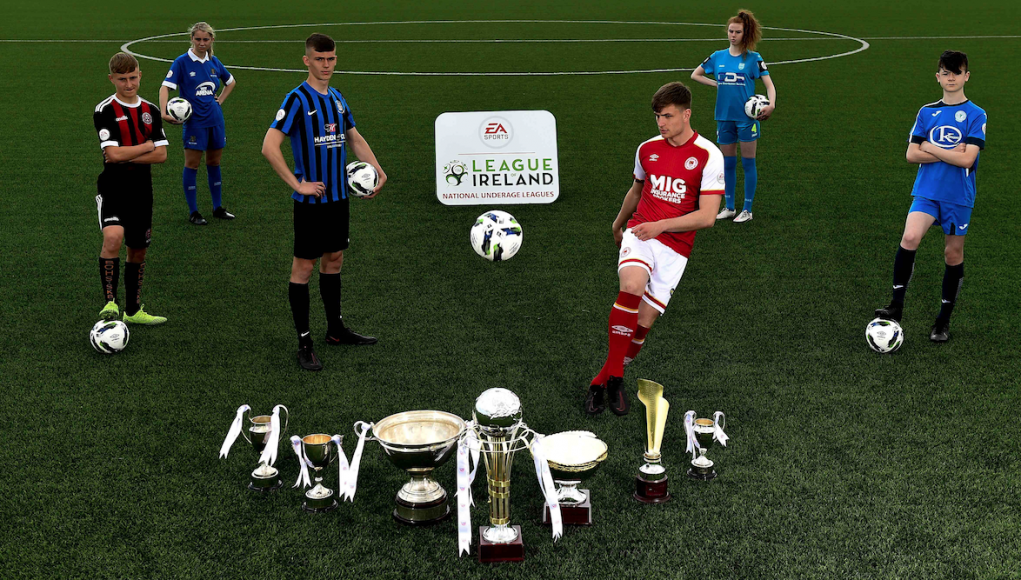 The EA SPORTS National Underage Leagues will start on the week ending Sunday, March 6, with the U14 League to begin on Saturday, July 2. See fixture list attached.

Players in the U14 and U15 league will now also be guaranteed a minimum of 30 minutes playing time where matches will be 90 minutes, split into 3 x 30 minute periods.

League of Ireland Academy Development Manager, Will Clarke: “We are delighted to announce some, new exciting, progressive changes ahead of the upcoming 2022 EA SPORTS National Underage League season and we are confident that these changes will improve the development experience of our young players. Last season was a resounding success and we want to build on that progress.”

League of Ireland Director, Mark Scanlon: “We are looking forward to the start of the new season and I want to thank our sponsors EA SPORTS for their continued support of the National Underage Leagues. The players and coaches have been working hard in the off season to prepare for the year ahead and after two seasons that have been interrupted by COVID-19 we are hopeful that this year we can have a full and exciting season.”

Best games to play on the Meta Quest 2

Best games to play on the Meta Quest 2