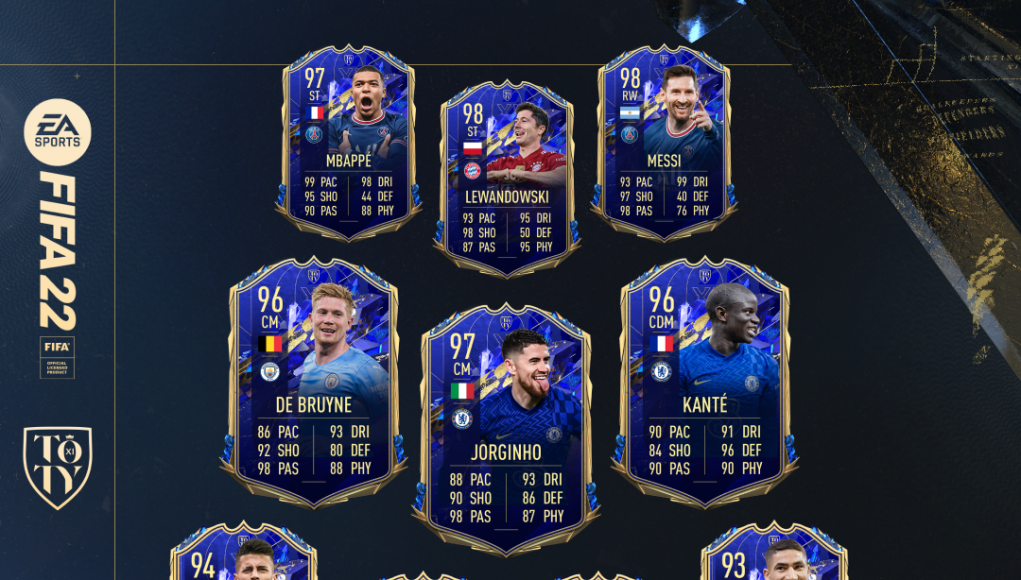 Lionel Messi (ARG) – Paris Saint Germain : Lionel Messi was named Best Player at the 2021 Copa America, winning the award for the second time, after the 2015 edition. He’s only the fourth player to win the award on two occasions, and the second Argentinian after Manuel Seoane (1925 and 1927).

Kevin De Bruyne (BEL) – Manchester City: Kevin De Bruyne created 3.7 chances per 90 minutes in the Premier League across 2021, the best rate of any player in the competition (min. 500 mins played).

Jorginho (ITA) – Chelsea: Jorginho made 25 interceptions with Italy in the summer, the most on record by any player at a single edition of the tournament.

N’Golo Kanté (FRA) – Chelsea: N’Golo Kanté averaged 1.8 interceptions per 90 minutes in all competitions for Chelsea in 2021, the best mark of any player with at least 2000 minutes played for the club over that period.

João Cancelo (POR) – Manchester City: João Cancelo completed the most passes of any full-back in Europe’s big five leagues in 2021 (2403).

Rúben Dias (POR) – Manchester City: Rúben Dias finished on the winning side in 32 league matches in 2021 (out of 39 played), the most of any defender in Europe’s big five leagues.

Marquinhos (BRA) – Paris Saint Germain:  Marquinhos completed 2901 out of 3131 attempted passes in all competitions for Paris Saint-Germain in 2021, more than any other player at the club.

Achraf Hakimi (MAR) – Paris Saint Germain: Achraf Hakimi had 151 touches in the opposition box in league matches in 2021, comfortably the most of any defender in Europe’s big five leagues over the course of the year.

Player assets for the Final XI can be found here.